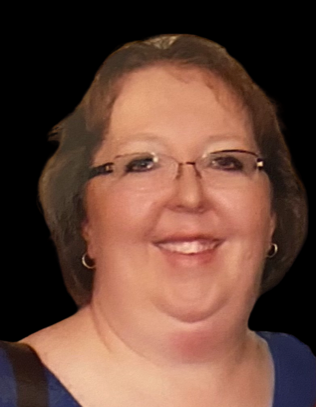 Suzy C. Stephens, 57, of Aledo, Illinois, passed away Sunday, November 14, 2021 surrounded by her family at the University of Iowa Hospital in Iowa City. Services are 2:00 p.m. Friday, November 19, 2021 at the First Baptist Church in Aledo.  Burial is in the Aledo Cemetery. Visitation will be 4-8 p.m. Thursday at Fippinger Funeral Home in Aledo.   Memorials may be left to an education fund to be established for her grandchildren.

Suzy was born March 21, 1964 in Moline, Illinois to Dean and Linda Vaughn Seefeld. She was raised by her stepfather, Howard Andress.  Suzy graduated from Aledo High School and attended AIC in Davenport.  On September 24, 1988, she married Forrest Stephens at the Messiah Lutheran Church in Aledo, Illinois.

She was employed as the logistical support analyst at the Rock Island Arsenal for 36 years, retiring August 29, 2020.  After retirement, she spent her time enjoying babysitting her grandson, Liam.

Suzy attended the First Baptist Church in Aledo and enjoyed being a part of its Joy Circle.  She loved taking care of her grandchildren and in her younger years, she enjoyed bowling.

To send flowers to the family in memory of Suzy Stephens, please visit our flower store.
Open