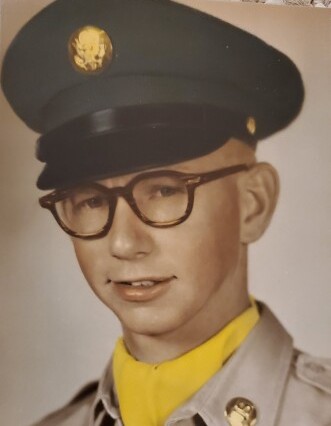 A graveside service will be held Saturday, May 7, 2022 at 11:00 A.M. at the Alpha Cemetery. Pastor Karna Peterson will be officiating the service. Memorial contributions can be left to the Alpha Cemetery Association. Online condolences may be left at www.petersonwallinknox.com

Sidney was born March 4, 1936 in Galesburg, IL to Melvin S. and Mabel Wirt Rutledge. He was a graduate of AlWood High School and the University of Illinois where he received his degree in Floriculture. Sidney proudly served his country as a member of The United States Army where he was stationed in Germany during the Cold War. He was a florist for Rutledge Nursery in Alpha for many years and he owned the Trade Winds Motel in Sarasota, Florida with his brother, Richard, from 1968 to 1988.

To send flowers to the family in memory of Sidney Rutledge, please visit our flower store.
Open