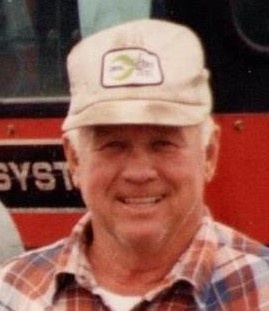 E. David Tracy, 88, of Aledo, Illinois passed away, Wednesday, October 20, 2021 at Genesis Health System in Davenport, Iowa.   Private family services are Saturday, October 23, 2021 at Fippinger Funeral Home in Aledo.  Burial is in the Aledo Cemetery where military rites will be conducted.  Friends may greet the family after 3:00 p.m. at the Mercer County VFW Post 1571 to celebrate David's life.  A memorial fund will be established.  Online condolences may be left at www.fippingerfuneralhome.com.

He was a U.S. Army veteran serving as a field artillery operations and intelligence specialist from 1953-1955.

David farmed south of Aledo raising Dekalb Seed Production and tomatoes for Heinz Company.  David was later employed in the Case/IH Experimental Combine Division as a technician and finally retiring from Cargill Seed Production as a field supervisor throughout the area.

He was a member of the Sunbeam Presbyterian Church, Aledo Masonic Lodge #252 AF AM and the Mercer County VFW Post 1571.

He was preceded in death by his parents; one sister, Lee McGinnis; one brother, Norman Tracy and a nephew, Steve Tracy.

To send flowers to the family in memory of E. David Tracy, please visit our flower store.
Open