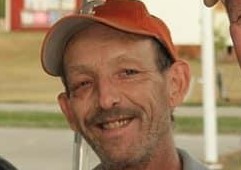 Brad D. Reynolds, age 58, of New Boston, IL, formerly of Muscatine, Iowa, passed away Tuesday May 10, 2022, in his home.  Cremation has been accorded, private burial and a celebration of life will be held at a later date.  Memorials may be sent to the family.  Fippinger Funeral Home in Aledo is in charge of arrangements and online condolences can be made at fippingerfuneralhome.com

He was born August 12, 1963, in Iowa City, Iowa to Donald and Carol Evans Reynolds.  He attended the Muscatine schools and married Roxanna Canarr May 14, 1985.

He is survived by one son, Chris (Hali DeFrieze) Reynolds of New Boston and 2 grandchildren, Jaxson Reynolds and Emery DeFrieze, 3 brothers Dan and Brian Reynolds both of Muscatine, Donald (Jennifer) Reynolds of Texas and several nieces and nephews.

His parents preceded him in death

To send flowers to the family in memory of Brad Reynolds, please visit our flower store.